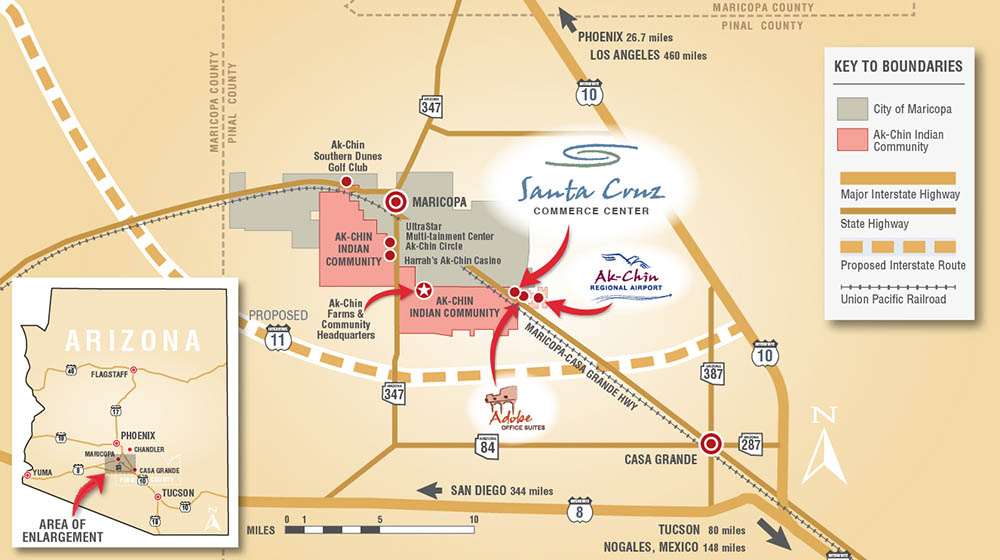 The Ak-Chin Indian Community sits in the state’s agricultural heartland in the Santa Cruz Valley on the southern edge of the greater Phoenix area. It is adjacent to the City of Maricopa in Pinal County, Arizona. 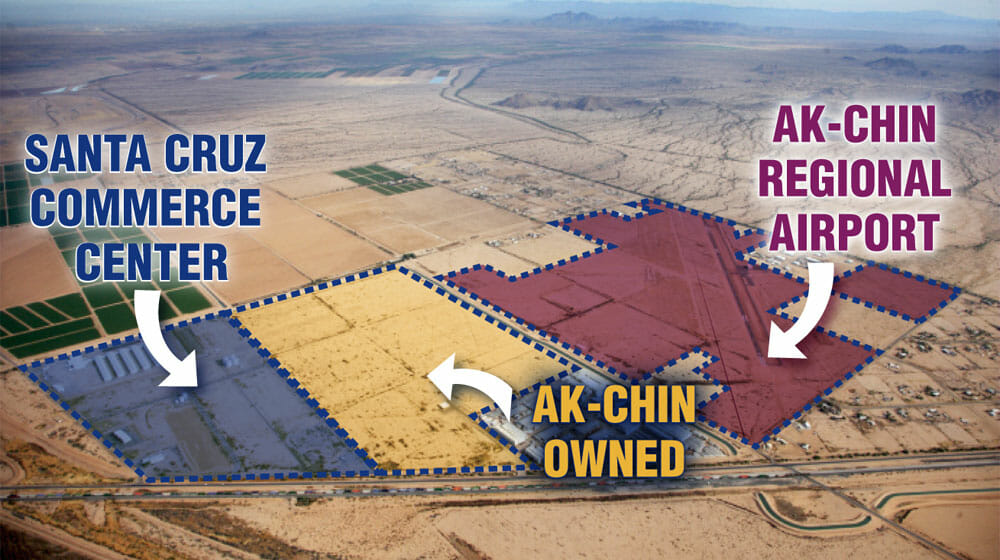 Ak-Chin’s Reservation currently encompasses an area of approximately 22,000 acres, less than half of the nearly 48,000 originally assigned to the Tribe by President Taft in May 1912. Approximately 16,000 acres are devoted to its agricultural operations.

The current Commerce Center is approximately 130 acres, of which about 45 are immediately available. In addition, there are two off-Reservation properties that are adjacent to the Commerce Center, which includes the parcels designated as “Ak-Chin-owned” and the “Ak-Chin Regional Airport” in the illustration. The total of these two additional parcels is approximately 655 acres.

An application for Fee-to-Trust has been filed with the federal government to expand the existing Reservation boundaries to include both these parcels, which are currently owned fee-simple by the Community. It is expected that the property will become a part of the Ak-Chin Indian Reservation within the next 12-months, subject to any delays in final federal approval processes. 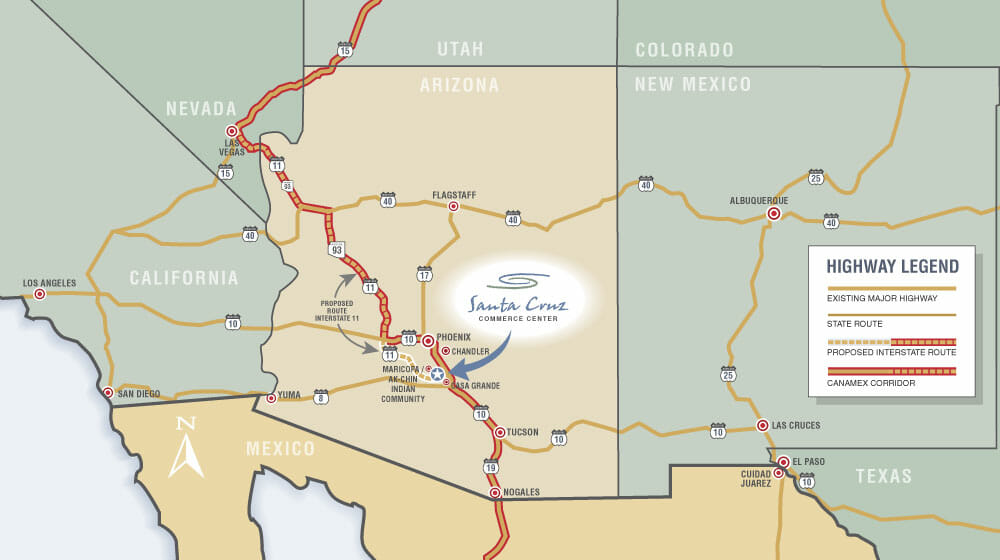 ACCESS:
Central to Major Centers of Commerce and Ports

Away from the congestion of the Phoenix metro area, Santa Cruz Commerce Center is a gateway to points throughout central and southern Arizona as well as to some of the world’s largest economic centers. 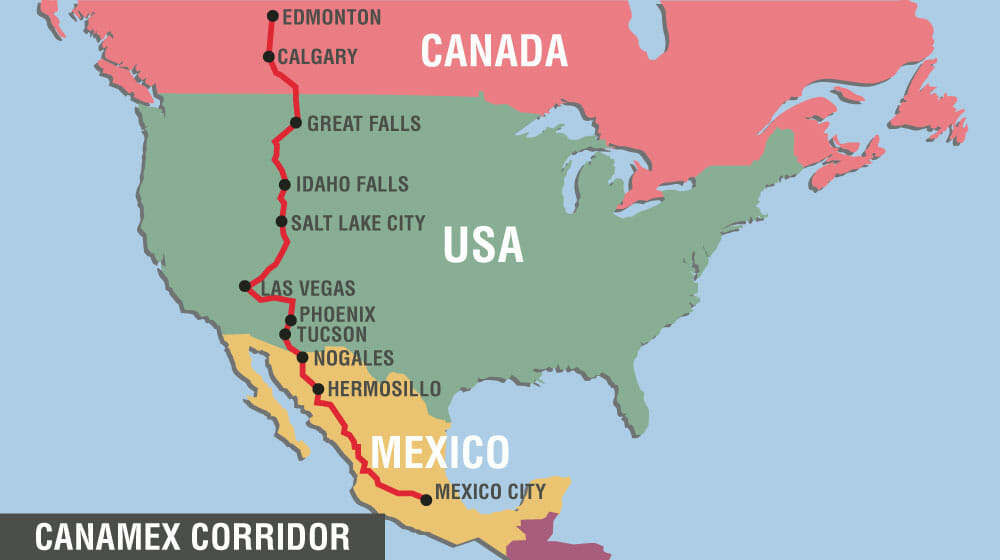 Santa Cruz Commerce Center fronts the Maricopa-Casa Grande Highway between the Cities of Maricopa and Casa Grande. This site provides convenient access to the Canamex I-10 corridor and the I-8 entrance to Yuma-San Diego. Approximate distances are:

TRANSPORTATION: On the Right Path

Santa Cruz Commerce Center is at the hub of important current and planned transportation services.

The Union Pacific Railroad parallels the Maricopa-Casa Grande Highway from Casa Grande to Gila Bend. Currently, between 45 and 55 freight trains operate daily through Maricopa. Amtrak’s Orlando-Los Angeles Sunset Limited has a scheduled stop in Maricopa. The Amtrak station is located just east of the SR 347 crossing of the UPRR tracks. Santa Cruz Commerce Center is about 40 miles from the proposed Red Rock switching yard near Picacho Peak.

Sky Harbor Airport: The Commerce Center is about 38 miles from this international airport by surface travel and about 28 miles by air from Ak-Chin Regional Airport.

The next phase of improvements included reactivating the self-service fuel system; securing the airport with perimeter fencing; installing runway lighting; adding a 24/7 bathroom facility in the terminal building; and installing an AWOS system. The next phase of planned improvements include constructing additional tiedowns, t-shades, and t-hangers.

Choose the information you want to download from our Download Center or download the full 6.5MB Zip package here. This package does not include the independent Research Studies.

Want to Initiate a Project?

Interested in developing a project at Ak-Chin? All Submittal Requirements are included in this downloadable PDF. 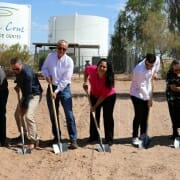