You are here: Home1 / ABOUT US2 / Our Development Process
Menu
PreviousNext
12345

The Path to Self-Sufficiency

From its agricultural heritage and initial modest farming operation, Ak-Chin learned to become uniquely adaptable to changing climates and conditions. This resilience laid the groundwork for a 21st century business philosophy and entrepreneurial spirit that capitalizes on changing markets and commerce opportunities that will encourage economic diversification and self-sufficiency.

While some tribes say to add 20% more development time to projects for conversations, Ak-Chin has always been a Tribe that Means Business. It was the first Arizona tribe to settle their water rights and the first to apply and be approved under the HEARTH Act so they could have control over their leases without BIA involvement.

Moreover, while some tribes may have allotted land owned by individual tribal members who might need to get 150-450 people to sign off on lease terms, Ak-Chin’s property is wholly owned and controlled by the Tribe. 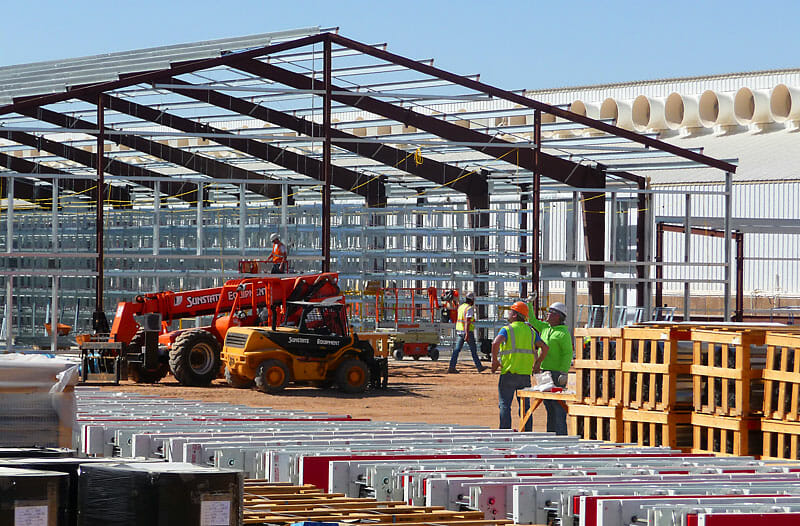 Ak-Chin’s ability to speed to projects is not just hyperbole. Potential tenants only have to look at the 36-acre Hickman’s Family Farms, a Santa Cruz Commerce Center tenant since 2003. The initial four poultry houses and administration building were in design and review for just 120 days and took 10 months to complete construction. Since that time, Hickman’s has been able to expand their Ak-Chin facility two times nearly doubling its production.

Uncertain about dispute resolution on the Reservation? To add peace of mind to the development process, Ak-Chin can also offer a Limited Waiver of Sovereign Immunity.