Many commercial realtors and location specialists are unfamiliar with the benefits of locating a business on a Native American reservation. In particular, the advantage of a land lease as opposed to purchasing land is especially foreign territory. 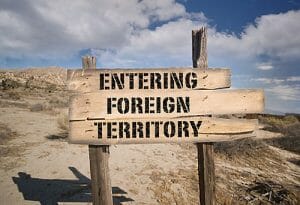 To appreciate how leasing on Native reservations can be beneficial, it is first important to understand the structure of ownership. Native lands cannot be bought and sold. They are owned by the federal government and held in trust for the different Native American tribes. Until recently, the Bureau of Indian Affairs (BIA) on behalf of the Secretary of Interior, had to approve all leases on reservations, but with the passing of the HEARTH (Helping Expedite and Advance Responsible Tribal Homeownership) Act in 2012, tribes were given the ability to control their own residential and commercial leases once they applied and were approved. The Ak-Chin Indian Community was one of the first tribes to do so.

But isn’t ownership preferable to leasing? Don’t you have more flexibility and control over your assets? Ever since Theodore Roosevelt said, “Real estate is the basis of wealth,” the concept of ownership has been an American standard. While ownership might be preferable when the market is good and values are increasing, if the Great Recession of 2008 taught us anything, it is that real estate can tie up a lot of operating capital in a depreciating asset and it isn’t always easy tosell when you need quick access to funds. As Steve Jaffe, the Chief Investment Officer for BH Properties, a Los Angeles-based commercial real estate investment firm, recently wrote in an article for Area Development Magazine, “Many business owners have also come to see the ‘light’ that owning their own real estate is a drain on their ability to grow their business.”

Leasing on a reservation has distinct advantages that go beyond off-reservation leasing. When looking to locate at Ak-Chin’s industrial park, Santa Cruz Commerce Center, for example, qualified lessees have the opportunity to enter into a build-to-suit project where construction costs are rolled into a long-term lease. You don’t have the initial capital outlay and Ak-Chin acts as the bank so there is no need to acquire outside financing. In addition, there are no property taxes, construction taxes, no City or County taxes, and since Ak-Chin owns its own electric and water/wastewater utilities, not only are the rates substantially lower than off-Reservation properties, there are also no taxes or adders on utilities. Moreover, unlike most public-offered tax breaks, tax exemptions on-Reservation do not expire. 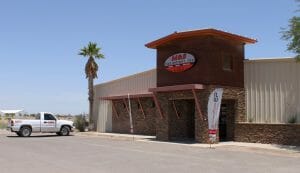 M&S Equipment is a Case/IH farm equipment dealer whose fears of leasing on Native land were quelled by their experience at Ak-Chin’s Santa Cruz Commerce Center.

Even with all the advantages, some company owners remain wary of the unknown. This was how M&S Equipment, now a Santa Cruz Commerce Center tenant since 2006, felt at first. “We had never leased in our company’s history. We were a little nervous to do so,” said Brent Scott, VP and General Manager of M&S. “I can tell you honestly that Ak-Chin has been great to work with. They took the time and effort to listen to our concerns and wishes and structured a lease that works well for us and our style of business.”

Of course, there are many factors in the site selection process and leasing may not work for every company. But if all the other factors align and it comes down to a bottom line choice between tying up a large portion of your operating capital that may or may not appreciate or amortizing your development costs over the long-term so you use your capital to get your company growing, leasing on a reservation like Ak-Chin doesn’t seem like such a foreign concept.

Speed to Market: What “Indian Time” Means at Ak-Chin